It took me ten years to get this essay to the point where I thought it was good enough to submit for publication (all thanks to Professor David Ulin, who pushed me where I needed to go). I was at my first Association of Writers and Writing Programs convention, scoping out all the literary journals I hoped would some day accept a submission from me. I’d done my research, and knew that Hobart Pulp was one of the few places that did a baseball issue and might be interested in my remembrance of Mickey Mantle, the New York Yankees star and Major League Baseball icon. 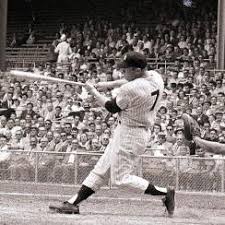 Aaron Burch, the founding editor, happened to be manning the Hobart booth that day. I introduced myself and told him about my essay. It was the last day for submissions, and he agreed to read my piece though it was about three times the length of stuff he usually accepted for publication. I offered to cut it down though in my heart of hearts, I didn’t know how I would be able to do that. I emailed it to him that day.

True to his promise, he read it. And I got the most extraordinary response from him—not only did he want to feature it, he was willing to break his own rule and publish it uncut.

So, here’s the link. It means so much to me that it found a home out in the world: http://www.hobartpulp.com/web_features/meeting-mickey