I want to celebrate food, the joy of experiencing elevated cuisine from an award-winning chef, eating the perfect hot dog from a Portland food cart, sharing personal comfort food recipes that I pull out on tough days, and welcoming the adventure that eating can be. I’m with Phil Rosenthal on that: it’s not just about the food, it’s about the people that you share it with (click on the TV page to read all about SOMEBODY FEED PHIL, Rosenthal’s new Netflix original documentary series, to see what I’m talking about)

Since I was just in Manhattan, I’ll kick off this blog by telling you about a seafood place that’s so sublime it’s sacred. I have a lot more eating to do, but if I had to pick my favorite restaurant right now, it would be chef Eric Ripert’s three Michelin-starred Le Bernardin in midtown. 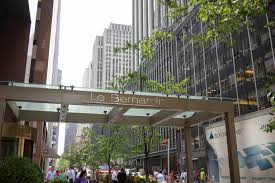 You have to save more than a few of your hard-earned pennies to eat there, but even if it isn’t a special occasion when you visit, it will become one.

The service is impeccable and gracious. The real test for me of a restaurant’s mettle is when I solo dine, and Le Bernardin has never made me feel anything but welcome and pampered.

The good news is, when they redesigned the space several years ago, they transformed the front of the restaurant into a more casual dining area, where several courses at lunchtime is a fraction of the cost of dinner in the main room. 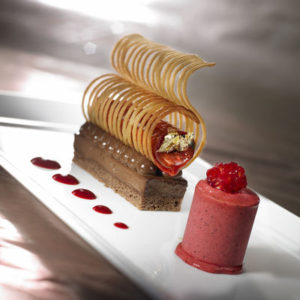 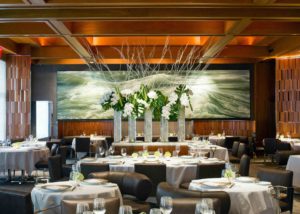 On the flip side of heaven, there’s Top Chef’s Han Ly Hwang’s Kim Jong Grillin’ food trucks in Portland, winner of the top cart in a city that’s known as cartopia. If I had the coin, I’d underwrite Han in Los Angeles tomorrow. For now, all I can do is tell everyone I know about his mango, pickled veg-laden hot dog supreme.

It’s worth a trip to Portland just for this, as if Powell’s Book Store wasn’t enough reason to go. I’ll let the Oregonian tell you Han’s real-life resurrection from the ashes story: http://www.oregonlive.com/dining/index.ssf/2015/07/kim_jong_grillin_food_cart_por.html

And finally, if you’re feeling adventurous, here’s a recipe for piccadillo, a kick ass kind of chile that’s an umami bomb of flavor: sweet, salty and spicy (to taste), I adapted it from a few different Mexican cookbooks and my friend Alice’s personal recipe: 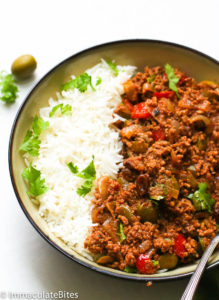 Add tomatoes, oregano, salt and pepper to taste, along with raisins. Bring to low boil. Cook over medium heat 5 minutes. Stir in olives and pignoli (pine) nuts. Adjust seasonings. Crush cloves and 1 1/4 cinnamon stick  in vinegar, add to mix. (If you don’t want to deal with sticks, use ground cinnamon instead, to taste. I like to go heavy on the cinnamon). Add salt and pepper to taste. Cook through until flavors blend, sprinkle with parsley, serve over rice. 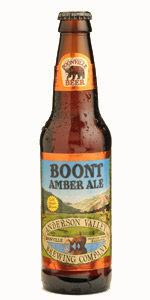 Note: I play around with the amounts of raisins and olives (I like olives less, raisins more). I also add a lot of pepper, and have been known to sprinkle powdered cinnamon and a bit of sugar to the piccadillo to bring up the sweet and sour balance.

You can do all of the ingredients to taste.